Sander Wassink graduated in 2012 at Dutch Design Academy Eindhoven and has been named Holland’s #3 of the new generation Dutch Designers (2016).

Wassink is an artist and designer challenging us to reconsider our ideas of beauty, aesthetic value and status. Amid new construction, new production, and constant proliferation of new forms and facades, Wassink turns his attention to the discarded, the abandoned and the left-over. He attempts to reimagine what can be done with the already partially formed. What new possibilities exist in the surfaces and materials that are half-built or half-destroyed.

Whether his object is the partly demolished facade of an abandoned building, or the everyday detritus from our over productive culture, Wassink asks what new forms and new visions of beauty already exist to be discovered and appreciated. The history of these objects only adds to the story that – apart from their aesthetic value – gives them that bit of extra. Wassink’s light designs are an example of his design approach: thrown out glass and ceramics are formed into series of unique and aesthetic design products. 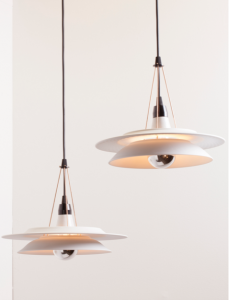